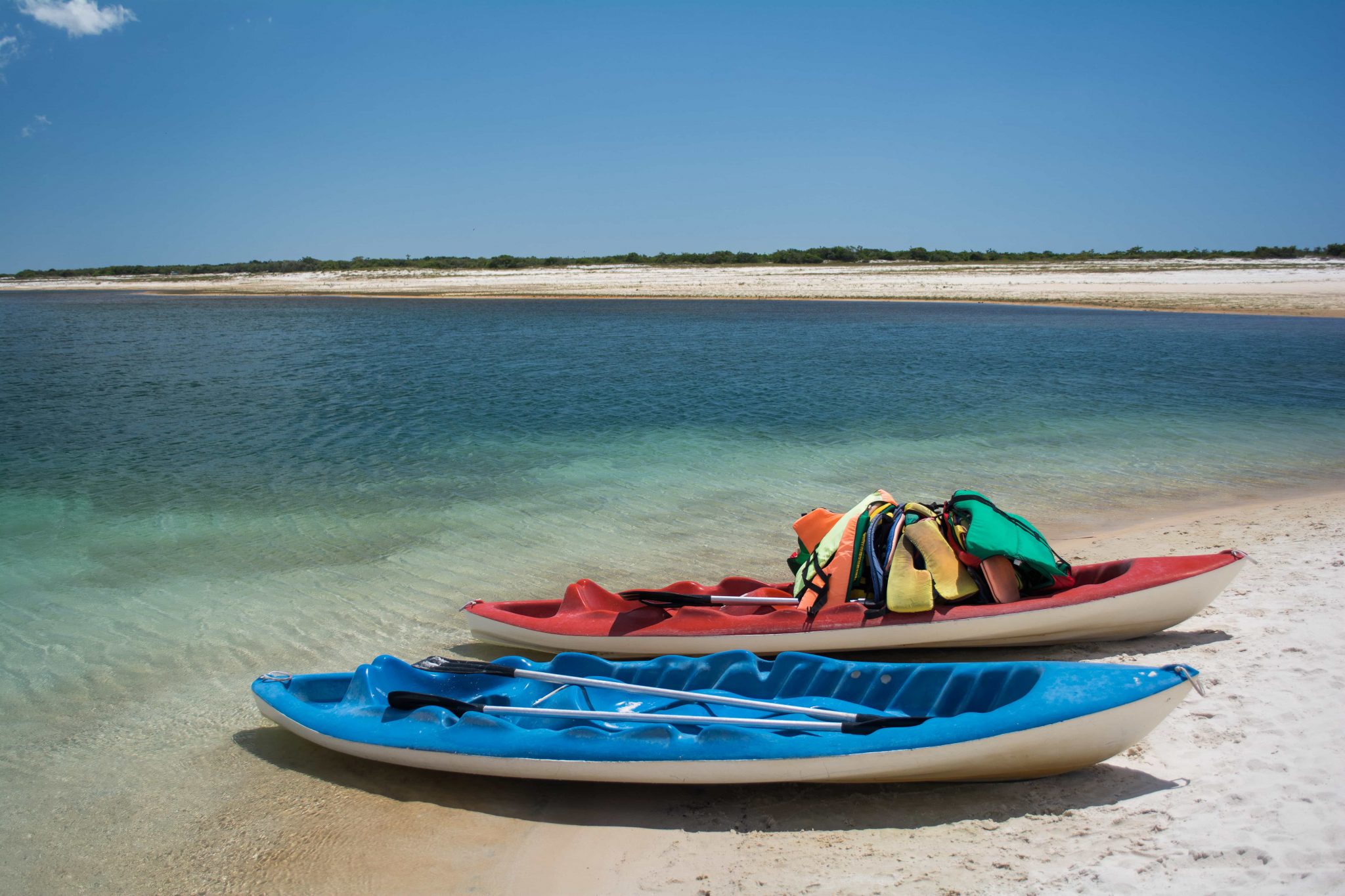 Departure from Fortaleza airport to Jericoacoara in two-stage transfer: the air-conditioned vehicle (car, 4×4, van, minibus and bus – according to the expected number of people) will take us by road to Jijoca de Jericoacoara, where the gardener will be waiting to take us to the inns in Jericoacoara.

NOTE: We pick up at Fortaleza airport and drop off at Jericoacoara inns.

Departure from Jericoacoara to Parnaíba in transfer (done in two steps), the gardener will take us to Jijoca de Jericoacoara, where the air-conditioned vehicle (car, 4×4, van, minibus and bus – according to the expected number of people) ) will be waiting for us to take us to Parnaíba by road. Important: In this section there may be a quick stop for embarkation and disembarkation in the village of Barra Grande.

Departure Time: Between 9am and 10am approximately

Departing from Tatus Port by speedboat through the majestic maze of islands of the Parnaíba Delta to Caju Bay and Guarás Island, where we will stop at Morro do Meio for a quick walk over the giant dunes of Caju Bay and a swim in the waters. from Parnaíba. At one point the traveler is surprised by an important historical character of the Parnaíba Delta on this unique, experiential and theatrical tour, “transporting” him to the early 18th century. The beautiful bird named Guara with its bright red plumage can be seen in the hundreds as they perch at sunset (the sighting of animals depends on many factors combined) in a rare and unforgettable spectacle. We will return to the Port of Tatus, where we will be transferred for fifteen minutes to the hotel. NOTE: Includes transfer Parnaíba / Porto dos Tatus / Parnaíba.

Departure from Parnaíba to Barreirinhas by transfer (done in two steps), the air-conditioned vehicle (car, 4×4, van, minibus and bus – according to the expected number of people) will take us by road to the starting point. from the Combo Route, where we will embark on a dungarees or similar to Barreirinhas. With guide tracking.

Flying boat ride along the Preguiças River with visit to the Little Lenis (Vassouras, Mandacaru, Caburé). With pilot / guide accompaniment.

Note: Boarding and unloading at hostels, hotels and hostels, located in the urban perimeter.

Departure from Barreirinhas to São Luís air-conditioned vehicle (car, 4×4, van, minibus and bus – according to expected number of people) along the road. With driver / guide accompaniment.